LESSONS FROM THE MOUNTAIN 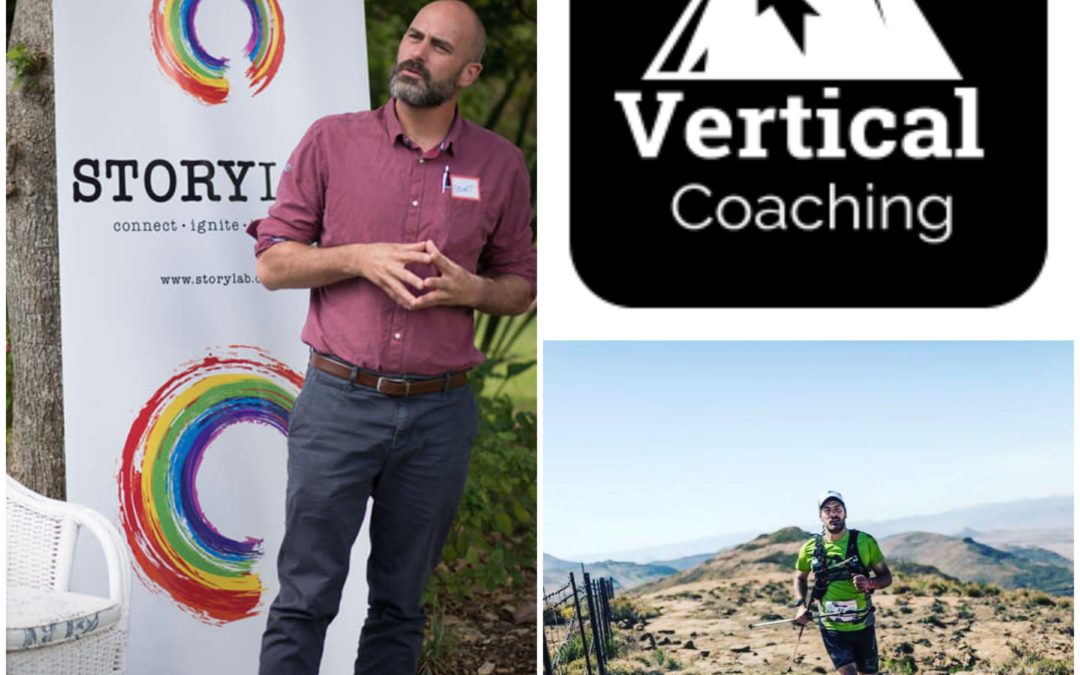 I remember running the Drakensberg Northern Trail on the Free State border in 2018. I had been running only for three months. I reached the top and there was so much mist you could hardly see in front of you. I knew there was a sheer drop off the cliff face to my left of a couple of hundred meters. My head started to build with pressure and I became very dizzy. This is the altitude I said to myself. I kept running on the trail, there was no one around me. I was alone and I started to become scared. The next step and I knew it well with altitude sickness was that I could lose my vision. It wasn’t so much about the finish line at that point but it was now becoming about my life. I realized at that moment that I could stop and someone would probably come past, or I could keep moving forward. I had my past behind me.

One year earlier I awoke in Johannesburg General Hospital incubated with a catheter and I had to write on a piece of paper what my name was. I had just had a massive overdose of Heroin. My first thought was, why? I asked God why he let me wake up…

I reached into my race pack and pulled out food, supplements and started to consume them while I was on the top of that mountain. I can’t stop, I thought to myself. The sugar gave me more energy and with every daring stride forward I started to feel better. Then the sun started to clear and I bumped into someone at the next aid station who was almost in tears because his knees were hurting so bad. “Come on bud let’s get going”, I didn’t know him but he followed, it was his first trail running event. Later on, after 10km we were both smiling and I bumped into a friend who was suffering tremendously with his legs. The three of us crossed that finish line in the cut-off time and received our medals and bragging rights.

In the essence of this story, one person was struggling who pushed through and handed the baton to two others. Every time I cross the finish line I am a little less an addict and more a trail runner. I struggled with Heroin addiction for many years and still to this day I have my battles. I learn. I fall. I get up. I grow. After coming to the revelation Vertical Coaching was born. Now “Vert” in trail running terms in your vertical gain. How many meters do you climb over a distance? So it’s just about how far you go but how high you go as well. Now, without looking into the popular culture terminology of the word “high” let’s say it’s your attitude in life. How much your understanding and purpose and meaning have manifested in your awareness and understanding.

Vertical Coaching is a coaching and consulting movement that aims to empower and bring individuals to a point of realization within themselves most of all of what they really want. If you ask anyone, “What do you REALLY want” Nine times out of ten they will not be able to answer you. Or, if you ask someone, “How are you REALLY feeling” I can guarantee you again they will take a while to answer you or you will get a long story. The essence of recovery coaching is to empower and bring clients to the point where their goals and aspirations to move from a culture of addiction to a culture of recovery are realized and action is taken to make that move.

Vertical Coaching offers one-to-one coaching, Group Coaching, Corporate Workshops, Public Speaking, and Scholar Wellness programs. We also consult for schools, businesses, and treatment centers. During a lockdown, we released a three-part webinar series that gained tremendous traction, and now that we are at level one we are ready to go further and higher. We are taking the process of moving into two dimensions. Not just forward but also up.

We are incredibly gracious to iEvolve Recovery for allowing us to share our story and be part of this amazing journey. If you have taken the time to read this and mention StoryLab to us, you’ll get a gracious discount on coaching fees. Or maybe your first session is free. Try Us. See you on the mountain.